Reynolds Falls on the Vale River is located in the heart of the Reynolds Falls Nature Recreation Area to the west of Cradle Mountain. The track to these falls was cut in 1979 by Ossie Ellis and Laurie Wootton, but is rarely maintained today. The falls sit at an altitude of around 300m.

The track starts at the back of the Peppers Cradle Mountain Lodge at a clearly signed track head. This is in fact the end of the Penguin-Cradle Trail. Reynolds Falls is signed at this point. Because the track starts within the National Parks boundary, a Parks Pass is required. They can be purchased at the Cradle Mountain Visitor Centre.

The track meanders through a beautiful old growth myrtle forest before opening out into the Speeler Plains, at an altitude of around 950m. The track is clear and easy to follow at this stage. Before reaching the plains, a logbook will be found. Be sure to sign in and state your intentions in here. Once a highpoint on the plains has been reached, the track diverts gently downhill to a junction with an old 4WD track. There are signs pointing the way to Reynolds Falls, but they are in disrepair and make route finding difficult. The track follows the 4WD route for a few km’s, and is marked with regular rock cairns, so it is easy enough. The track drops down to Fleece Creek, which needs to be crossed. Try using the ford on the track, otherwise you will need to find an alternate crossing point. This creek is quite deep after heavy rain. The 4WD track continues to wind up the next hill, then upon the next descent, a log with cairns on top indicates to turn off the 4WD track and onto Ossie's Track. From here the track is well marked for several km's. It passes through some lovely forests and alpine heath before heading into what can only be described as a mystical forest. There are a few small creeks in the heathland, and it is suggested that a suitable campsite be found in this area, being careful not to destroy the native vegetation. From here the track gets very steep, and is best advised to be completed with a daypack only.

Once in the forest, the track is marked by red blazes on trees at regular intervals. Be careful to look for these, as they can easily be missed. The track plummets in altitude, and is on loose, open forest floor, so it is very slippery. There is also long distances between water here, so make sure you carry plenty. After dropping over 250m you will reach Tumbling Creek, which is an easier crossing than the previous one. The track climbs out of the valley until a small shoulder is met at -41.59963 145.83425. There is a creek 5 minutes from here, and there is flat ground for up to 4 tents. The track markings become vaguer from this point, but the worst points are marked with tapes. When in doubt, go back to the last marker, the next will be visible. From the camp site, the track drops another 250m until it begins to flatten out. In this flat section, there are several points for camping, although water is scarce, unless collected from the Vale River at the falls. After walking for a few hundred metres along the flat, the final 150m descent to the falls begin. Again the track is a little vague here, but not as bad as higher up. Finally, after hours of effort, the falls are reached, with the appearance of the water shooting out of the rock face making the effort worthwhile. The area around the falls is loose and slippery, so getting down to the river level for photography is difficult. There are numerous cliffs in the area to stay well clear off too. After this, you have the pleasant task of walking back up the hill to wherever you have camped, and then the lovely walk back across the Speeler Plains to the carpark.

While this walk could be done in a very long summers day (At least 12 hours), I recommend at least one night, and preferably two nights to complete this walk. This walk is a photographers dream with old forests, alpine meadows, cascades, and plenty of fungi to keep you entertained. I cannot understate that the walk is very hard, and is up there with the steepest that I have seen, but the effort is well and truly worth it! 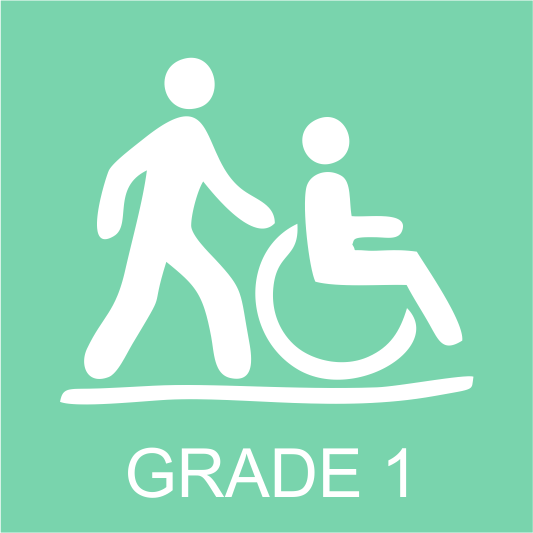